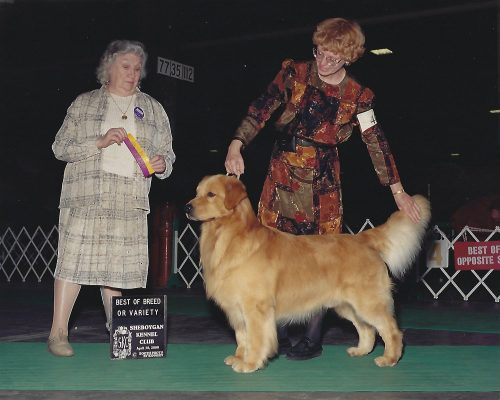 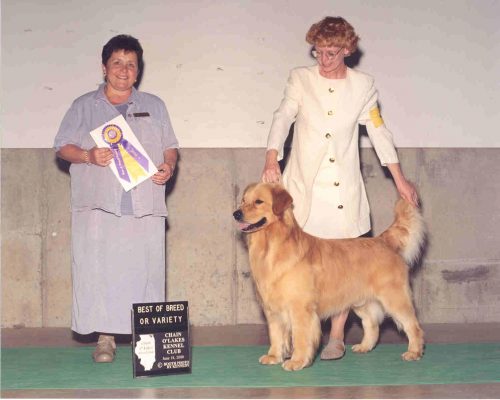 He was truly the most joyfully fun dog I’ve ever known in my life.  Baj was one of my very first show dogs, and together he and I learned how
to show while he was a puppy.  We always had such a wonderful time; no matter what we were doing.  All Baja ever asked for in his life was
to be with me, and I was honored to be chosen as his person.

Baja was stricken with gastric torsion and went to the Rainbow Bridge on May 1, 2002.  He will always be deeply missed at Dichi Goldens.